Into the wilderness: Welcome to Canada’s newest trail 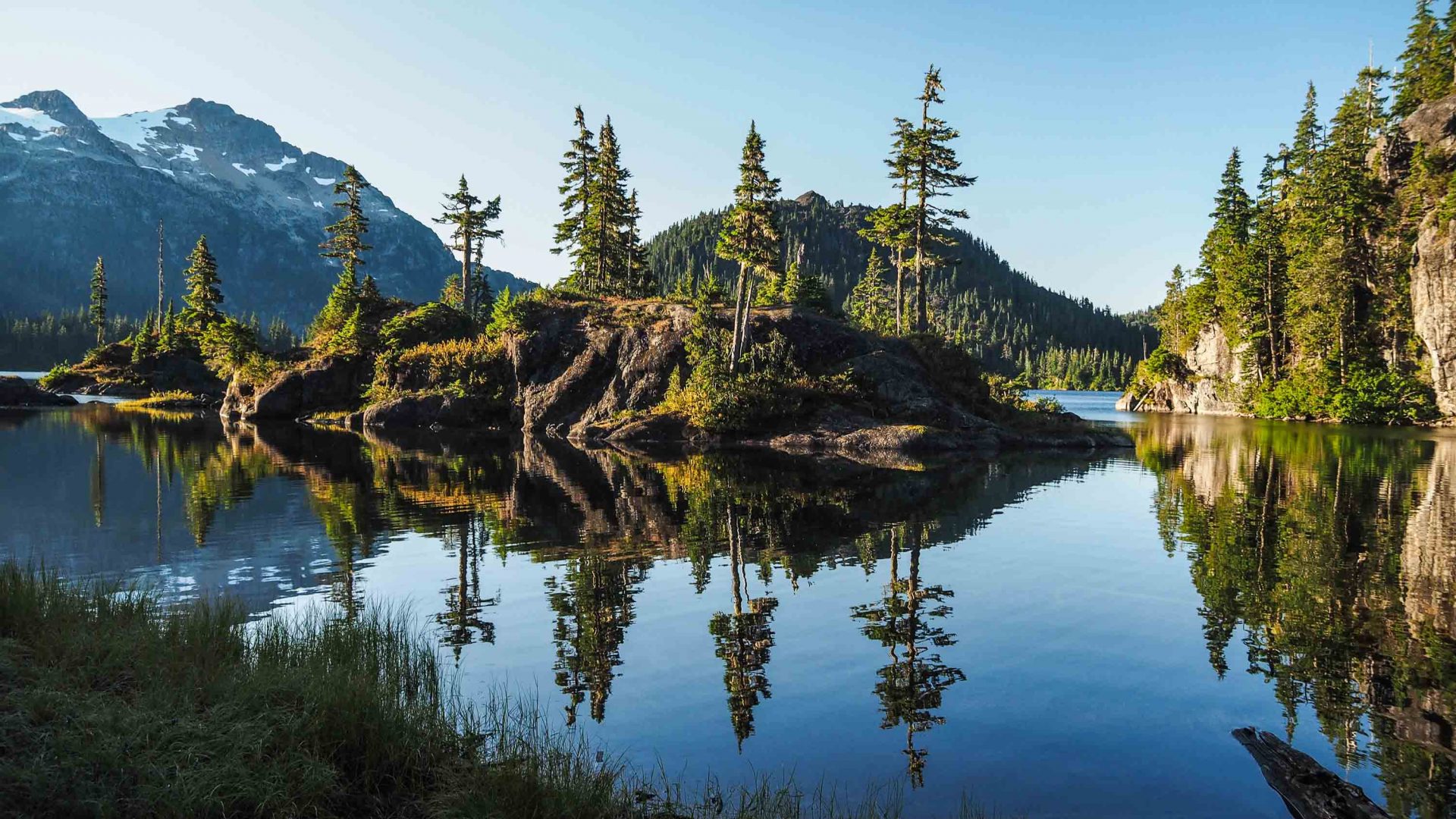 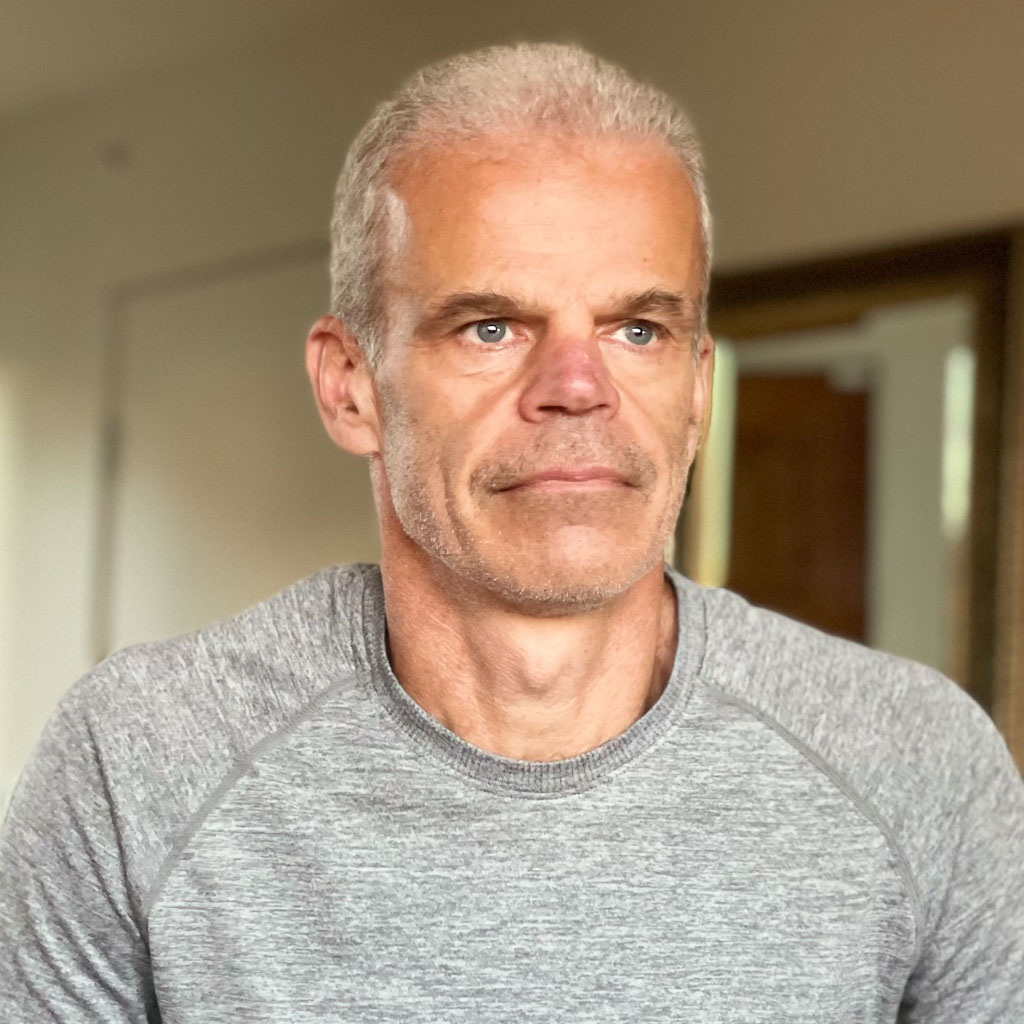 Some 16 years ago, a Canadian hiker decided to create a long-distance trail on Vancouver Island. Today, the 800-kilometer trail is almost complete, a winding trail passing mountains, logging roads, rugged coastlines, and the territories of 49 First Nations. Brendan Sainsbury tests out a section and speaks to those involved in its creation.

It was an ambitious plan. In 2005, Gil Parker, a lifelong Canadian climber and hiker fresh from completing the 4200-kilometer Pacific Crest Trail in the US, came up with an exciting idea: to create a similar long-distance path on his native Vancouver Island. The adventurous route would help link communities, stimulate recreation, and awaken outsiders to the island’s largely hidden natural wonders.

Making the dream a reality was a daunting prospect. Vancouver Island extends for 456 kilometers, from the city of Victoria in the south to rugged Cape Scott in the north. Traversing it on foot meant constructing a continuous 800-kilometer-long path, zigzagging through a mix of crinkled mountains, private logging roads, storm-lashed coastline, and the territories of 49 First Nations.

In June 2020, as the restrictions of COVID-19’s first lockdown were eased, I traveled to the Vancouver Island Trail’s inauspicious start point in suburban Victoria with the intention of surveying the first 100 kilometers of the route on a bicycle. As it turned out, I wasn’t the only curious traveler.

“Since COVID-19, statistical analysis has shown that a significant number of people have become more interested in getting outside,” says Liz Bicknell, current president of the VITA (Parker stepped down in 2017), alluding to a flurry of recent interest in the trail. Nine through-hikers have tracked its entire course in 2021, despite the fact it’s not yet officially complete.

RELATED: How lockdown—and birding—changed the way I hike

Working closely with logging companies, First Nations groups and tourism associations, Liz is in the process of finalizing administrative and legal agreements before the trail can be formerly opened. “We’re aiming for completion in 2023,” she says. “If you don’t set goals, you will never reach them.”

With 180 kilometers of the trail passing through private land, Liz has recently signed a memorandum of understanding with BC timber company, Mosaic, and is slowly developing respectful and mutually beneficial relationships with the Songhees, Namgis, Kwakiutl, and other First Nations.

Indigenous land issues are complex and sensitive, and the traumatic history suffered by Canada’s indigenous people was recently acknowledged in the country’s first National Day for Truth and Reconciliation on September 30th 2021.

Liz is emphatic about the VITA’s desire to incorporate indigenous world views and ways of knowing into the path’s evolution, as well as promoting economic development opportunities from the Indigenomics Institute, a research and engagement platform that supports the rebuilding of indigenous economies worldwide.

By lunchtime, I was enveloped in thick forest; by late afternoon, I had logged two bear sightings.

Funding for the trail  comes largely from private donations, although the VITA is negotiating for financial support from the British Columbia government.

Some of the trail uses existing paths, but up to 450 kilometers has had to be cleared or built from scratch. “The bulk of our work is done by a small but passionate group of around 25 people who put in, on average, around 10 to 15 days work a year,” says Terry Lewis, the VITA’s current Director of Operations. “All are volunteers, and most are retired.”

My own journey on the trail was refreshingly straightforward. After pedaling through the suburbs of Victoria, I followed the VIT on a well-defined path shared with the iconic Trans-Canada Trail as far as Lake Cowichan.

Beyond metro Victoria, Vancouver Island quickly dissolves into quiet wilderness crossing the Koksilah River on the magnificent Kinsol Trestle, a 44-meter-high railway bridge saved by a community fundraising campaign in 2011.

By lunchtime, I was enveloped in thick forest; by late afternoon, I had logged two bear sightings. Notwithstanding, this southern portion of the Vancouver Island Trail is considered one of the easier sections.

“The trail is more challenging in the island’s remote north, once you leave the well-established path network of Strathcona Provincial Park,” explains Terry. “Here, you have to be capable with GPS as there’s one small section with no markings.”

Alex Malcom, originally from Milton Keynes in the UK, completed most of the VIT this summer with his partner Sarah. The couple invested 40 days in the trip mixing backcountry camping with nights in motels when they hit small towns.

“Overall, the signage was good and it’s clear that the VITA has put some real work in over the last few years to make it easier,’ Alex tells me. “Some of the mountain routes were less well marked but we were well prepared with GPX files and maps—we never got lost.”

For Alex, the trail was a perfect balance of challenge versus enjoyment. “There were tough and technical stretches, but it was exciting, and you pass through civilization again in under a week if you need a breather,” he says.

Strathcona Provincial Park, a 2458-square-kilometer potpourri of mountains, waterfalls, and glaciers in the center of the island was a highlight.

“It was just fantastic to traverse these high routes surrounded by snow-capped mountains and forested plateaus,” he adds. “It was more extreme than the preceding sections, but it was also far more rewarding and felt like a real wilderness experience. You haven’t really seen the stars until you are out in the park on a clear night, tens of miles away from any houses.”

Passing through every facet of the island’s ecology and culture, the scenery along the trail oscillates dramatically as you track north, from the industrial relics of erstwhile railway infrastructure near Victoria to the giant stands of old-growth Douglas Fir north of Strathcona, some of which are up to 70 meters high and as old as medieval castles.

For its final 58 kilometers, the VIT merges with the North Coast Trail, a wild coastal domain of fickle weather that abuts the Pacific Ocean where black bears stalk log-strewn beaches and whales breach in turbulent seas. According to Alex, this is the most social part of the trail where you get to hang out with other camping hikers in the evening.

The VITA is keen to stress that the trail is not merely a niche path for experienced backcountry hikers. Steep technical terrain is mostly avoided, and sensitive First Nations and ecological sites are carefully bypassed. Nor does it have to be done in one epic trip. Terry Lewis suggests breaking it down into seven week-long sections that can be undertaken piecemeal over a two- or three-year period.

It’s a tempting thought. As I freewheeled into the small of town of Lake Cowichan and parked my bike outside a handsome B&B, I was already planning my next sortie north. Beyond Cowichan, the trail becomes more rugged and less bikeable. Enthused by my exploratory ride, I will be back with appropriate footwear for some long-distance hiking soon.

The Vancouver Island Trail’s website offers regularly updated trail information and a set of six detailed maps. Many of the sections offer good day walks. If you intend to tackle the trail in its entirety, contact VITA via their website for GPX files and other advice.

Brendan Sainsbury is a freelance British writer now based in British Columbia, Canada. He has written 60 Lonely Planet guidebooks and numerous articles for the BBC, HistoryNet, the Independent and DK Guides. His specialties include Cuba, Italy, Alaska, and Canada. 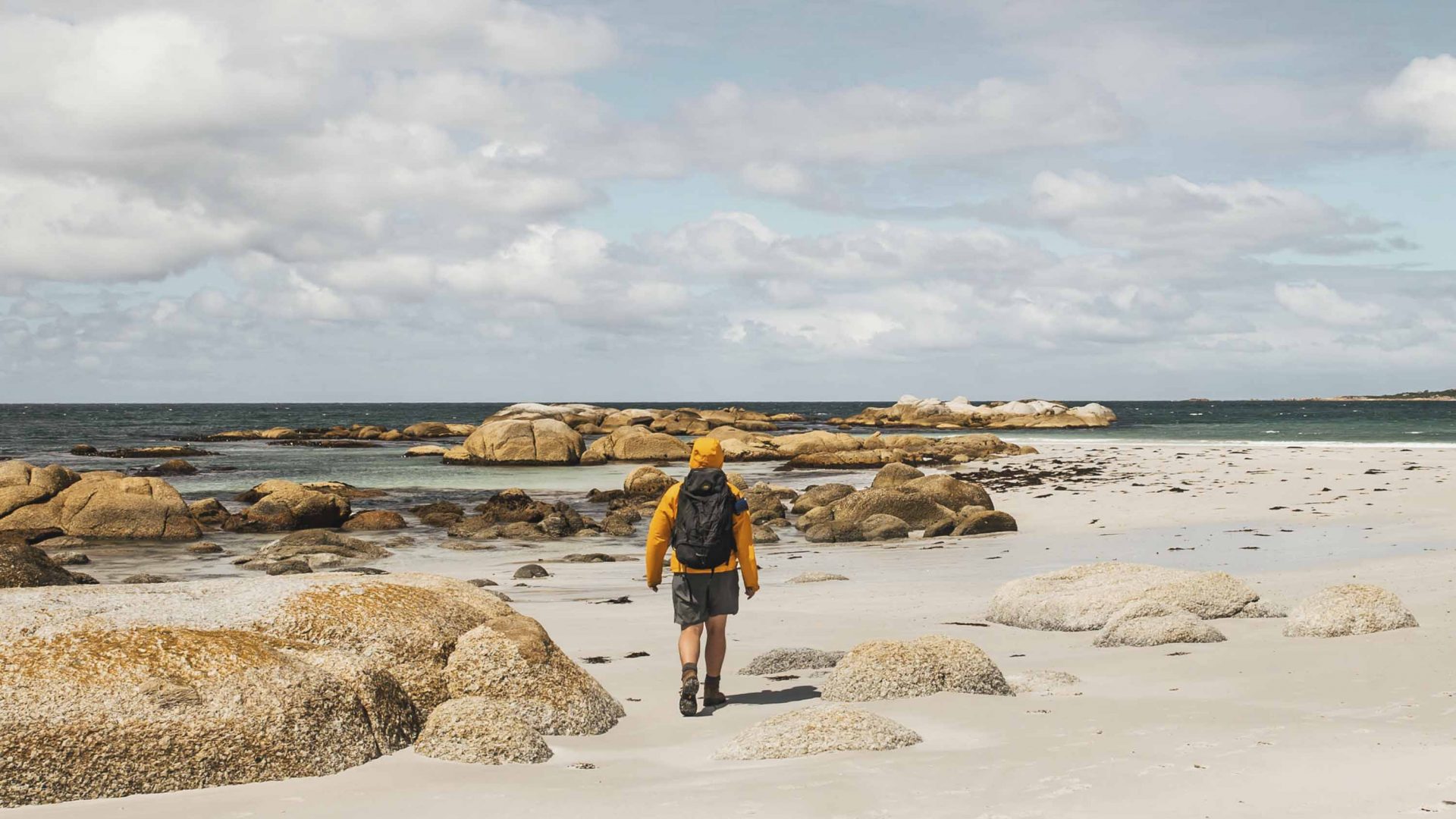 Walking with the last Wakhi shepherdesses of Pakistan 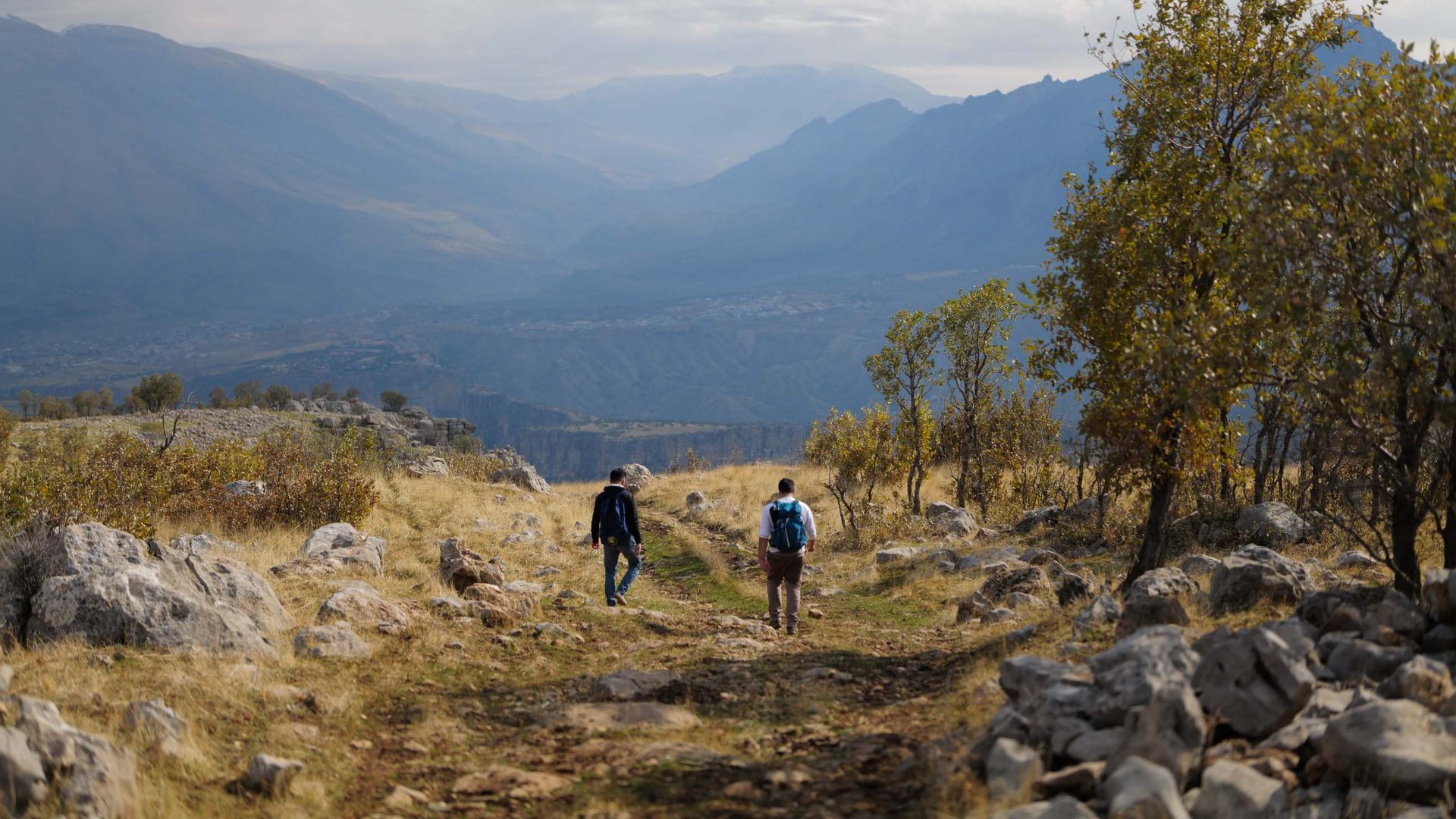 A different view: How has the pandemic affected people and nature in Iraqi Kurdistan?

Can't find what you’re looking for? Try using these tags:

The best of Adventure.com, delivered.

We know you're busy, so we'll only send you two emails a month. Who can read more than that, anyway? We certainly can't. It took us two years to even get this subscription form sorted out.